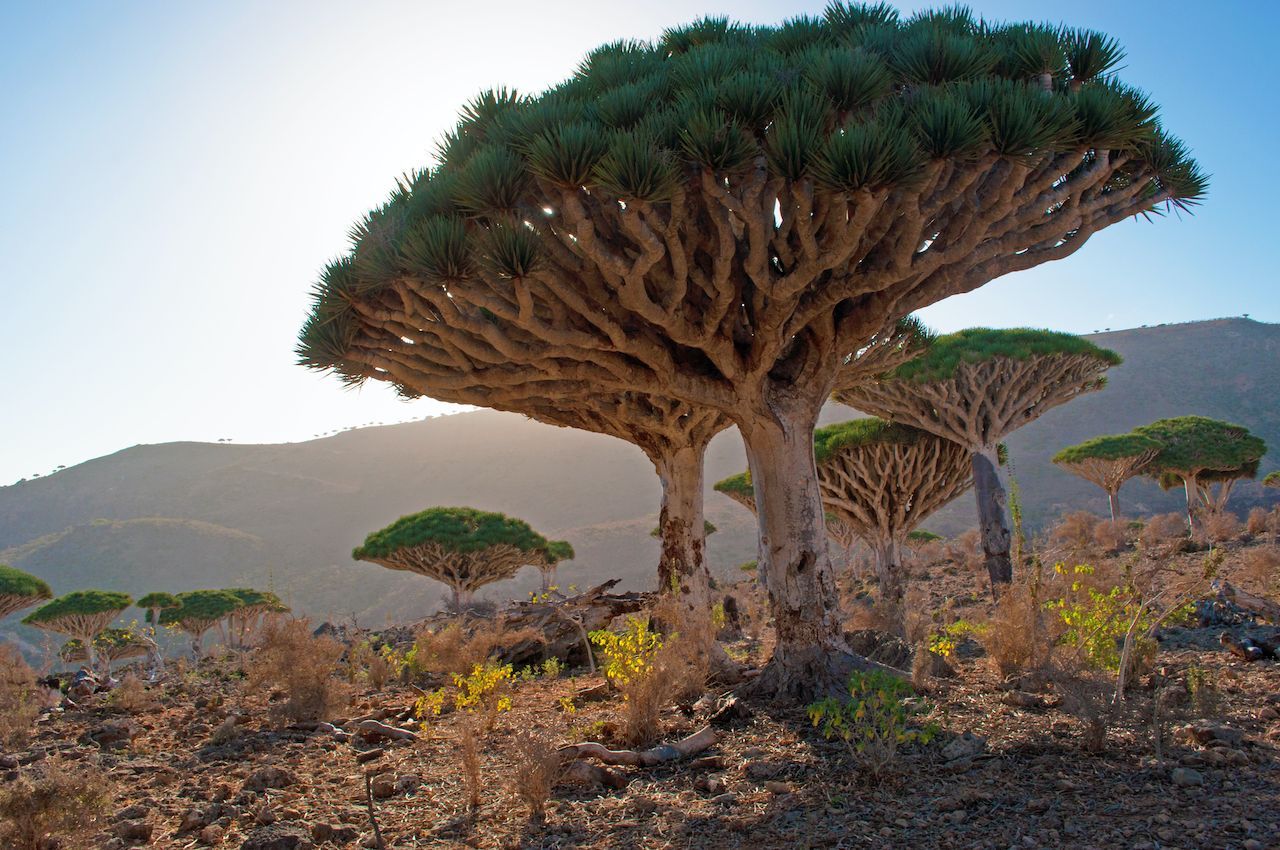 Trees have inhabited the planet for significantly longer than humans have, meaning that there are countless species and subspecies that can be found throughout the globe. Trees have long been a part of our history, where we once revered and worshipped them, and then later on used them to build houses, ships, tools, and more.

Today, the world’s forests are a fraction of what they once were, but people have made every effort to save some of the trees that are like no other on earth. These are trees throughout the United States that are so unique that they’re worth visiting.

For those that are travelling through the Leggett area of California, they may stumble across the Chandelier Tree, a tree that’s like no other. Part of the coast redwood forest that makes up much of the region, this tree is different in that it has had a large tunnel cut through it, enough for more than a single vehicle to pass through at once. It’s immediately recognisable, when driving along the road. It’s one of the bigger trees in the forest, and thankfully was able to survive much of the deforestation that took place in the 19th century.

As part of the Sequoia National Park of California, General Sherman is believed to be the biggest tree in the world, with a height of 83 metres, and a diameter of around 8 metres. It’s not technically the tallest tree ever, but due to its incredible volume, it is the largest ever, and towers over the people that visit it every year. It’s believed to be almost 3000 years old at its oldest, meaning that not only is it the largest tree around, but it’s also one of the oldest that is still alive to this day. Wi’áaşal can be found growing on the Pechanga Band reservation, which is home to the Luiseno Indians. The Great Oak, known to the Pechanga people as Wi’áaşal, is a truly sacred oak tree that they have revered for countless generations. It It’s believed to be at least 1000 years old, the Pechanga see the tree as a transcendence of the physical plain, and that it embodies the identity of their people. Even by oak standards,  Wi’áaşal stands out, and it’s a tree that nature lovers could never forget.

If General Sherman is volumetrically the largest tree in the world, its close neighbour, Hyperion, currently holds the record for being the tallest tree of all time. It was first discovered in 2006, and is located in Redwood National Park, and is classified as a coast redwood, or Sequoia sempervirens. It currently sits at around 155 metres high, making it the tallest tree on the planet, although it’s not available to the public at the moment, so it might be better to stay at home and enjoy playing at https://canadiancasinosites.org/ instead. Not only this tree tall, but it managed to survive the terrible deforestation that took place around it, where it’s believed that around 96% of the trees had been logged. At 600 years old, Hyperion still has many years left to grow.