For the purposes of this article, we’ll be looking at the genres of fiction and auto-fiction. What’s auto-fiction? It’s essentially a biography told through a novelist’s eyes. Perhaps the most famous writers in this genre are Proust, Knausgaard and Kerouac, but the genre is growing in popularity due to the popularity of internet-based autofiction – blogging. Without further ado, let’s dive into the best road novels America has to offer.

This gut-wrenching, soul-searching memoir takes readers along the famous, treacherous Pacific crest trail alongside author Cheryl Strayed. The pacific crest trail stretches the length of America’s west coast, from the border with Baja California to the Northern wilds of Washington state. Strayed describes the tribulations and triumphs of her one-woman voyage into the unknown as she grapples with the traumas of her past. A triumphant book, Wild is a must read.

Into The Wild by Jon Krakauer

Jon Krakauer’s famous book explores the life of Chris McCandless (aka Alexander Supertramp): a bright young man who, inspired by the writings of Jack London and Henry David Thoreau, decided to turn his back on modern American life and become a survivalist. Krakauer uses McCandless’ journal as well as his own writings to weave together a visceral yet tragic tale which muses on the meaning of McCandless’ life and decisions as well as the road as a gateway to freedom. 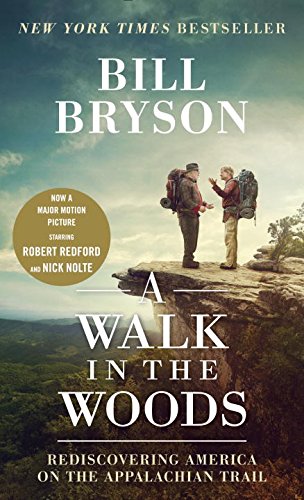 A Walk in The Woods by Bill Bryson

If you’re looking for a lighter read, famed British-American travel writer Bill Bryson turns his sights on the US of A in the razor-sharp, outrageously funny romp. Bill Bryson has the power and knowledge to write on a range of topics, from Shakespeare to Science, but is first and foremost known for his travel writing. In A Walk in The Woods he brings these talents together, creating beautifully evocative scenes while also commenting on the characters and society he interacts with. To top it all off he’s travelling the notoriously punishing Appalachian trail with his friend Stephen Katz, an overweight, grumpy alcoholic in recovery who can’t help but rub people up the wrong way.

On The Road by Jack Karoac

Perhaps the most famous books written on the American highway – the grandfather of all modern American road novels – On The Road is the crazy, confusing and quintessential Beat Generation novel. Before the 60s, the Summer of Love and the Haight-Ashbury renaissance, there was the Beat Generation. They were society’s true outliers – experimenting with drugs, sexuality and new ways of being during the peak of the 1950s – long before betting on sports in Australia was possible online. On The Road takes you alongside Kerouac as he travels through the outer-reaches of the US as well as its dirty, bustling cities. During this fever dream he meets a plethora of characters, some of whom became famous authors in their own right. A hallmark of American writing, on the road should be compulsory reading for all.

What To Remember When Seeing The United States