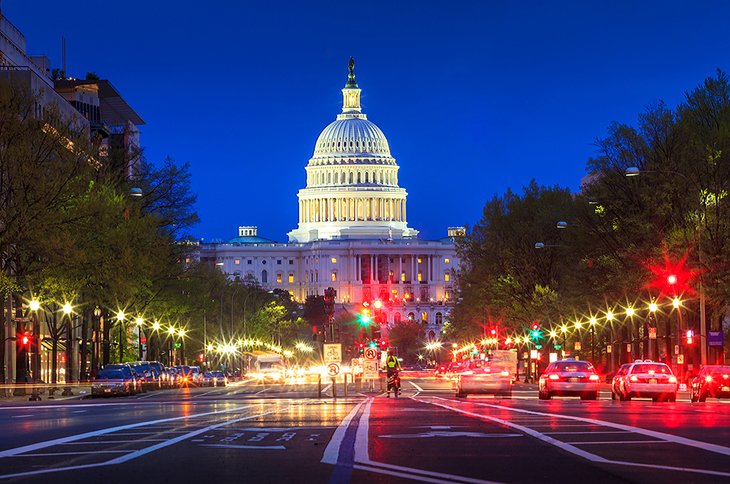 Most people – Americans included – don’t quite realise just how large the United States really is. About the size of Australia, which itself is considered a continent, the US is a massive, sprawling country that contains a multitude of different biomes.

This means that the country is absolutely packed with diversity of every nature imaginable, from culture to cuisine to various ethnic groups, belief systems, and more.

For foreigners wanting to go and visit the US for the first time, there are a few things that are worth keeping in mind during the preparation stages. Here we will explore some pointers and hints worth remembering when spending some time in the United States.

It’s fairly common for foreign visitors to get quite a shock when they see the cost of an item on a shelf, and then when they go to pay for it, it ends up costing more than advertised. While the total cost can vary from state to state, sales tax is common throughout the country, and can be up to 10% of the total cost of the item.

Sales tax is also almost always excluded from the listed price on the shelf, so it’s worth always being prepared to pay a bit extra than expected.

Every State Is Unique

The US might be a single country, but it’s broken down into dozens of small states, and each one may as well be a country of its own. States have their own cultures, histories, slang words, foods, climates, biomes, fashion styles, and much more.

It’s a good idea to try and treat each state like a different country, and even the laws can be different. It’s also important to keep in mind that due to the fact that a state might have different rules and laws to another, it’s best to double check before doing something in one state that might be illegal in another, such as the consumption of marijuana.

The Imperial System Can Be Confusing

The US is one of the few countries in the world that makes use of the Imperial system for its measurements, and it can be extremely confusing for those that have used the Metric system their whole lives. Inches, feet, pounds, gallons, and Fahrenheit are some of the daily measurements that a visitor might come across, but thankfully it’s usually easy enough to get these quickly converted with a quick search or a dedicated converter app.

Regardless, it’s enough to throw anyone off, especially considering that the Imperial system is used throughout most of the country.

Be Ready For Airport Security

While the US used to be fairly relaxed when it came to airport security, the 9/11 tragedy changed all that, and now the country maintains an extremely strict airport security system.

Metal detectors, random searches, sniffer dogs, and much more are common when going through airport checkpoints, so it’s often a good idea to sit back and relax with a few games on https://australianslotsonline.net. While it can be fairly trying for visitors, it’s best to always remain calm and comply with any instructions that are given to make entry as smooth as possible.