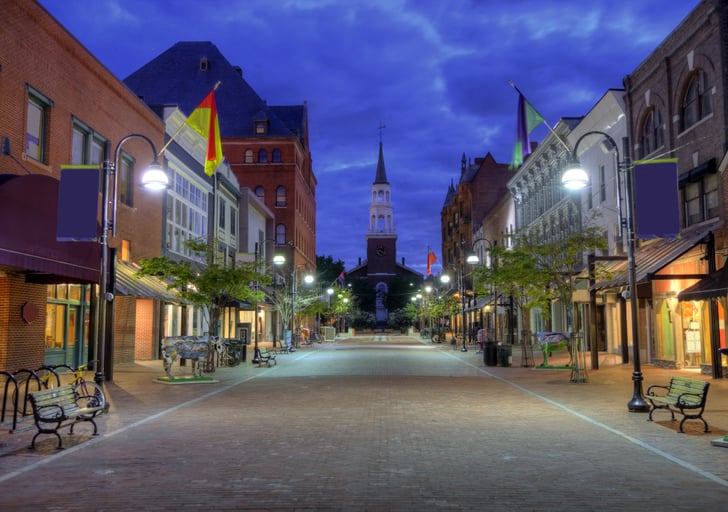 North America is known for a wide variety of tourist attractions, from the bright lights of Las Vegas to the star-studded mansions of Los Angeles, to the incredible national parks and monuments that dot the country. But perhaps one of the best reasons to see the United States is the large range of small, beautiful little towns that can be found after driving a few hours through a forest. These are the towns that any foreigner should take the time to go and see.

An old gold rush town that has a population of only around 3000, Jacksonville is one of the most peaceful towns in the entire country. Jacksonville was first founded in the 1850s when gold was discovered in the nearby creek. The town exploded, but it didn’t take long for the gold to start running out, and the town fell into difficult economic times. Many years later, and Jacksonville was transformed into a National Historic District, and is today one of the most beautiful towns that the USA has on offer.

Stowe is a postcard-picture town situated in the gorgeous state of Vermont. The area has become an extremely popular tourist destination thanks to the skiing offered, but the town has a number of other activities to keep visitors busy. Rock climbing, ziplining, and a visit to the famous Trapp Family Lodge is enough to keep anyone busy for a few days at least.

Another town that’s famed for its brilliant skiing, Breckenridge can also boast of being a gold rush town in the past. The mines are now long closed, but the people of the town have gone to great lengths to preserve the history of the time. Along with its skiing activities, Breckenridge is also known for having a thriving art scene that attracts artists from around the country. Situated right in the middle of the surrounding mountains, the town is perfect for anyone looking to escape the heat of the eastern coast for a while.

Mystic is a nautical town that can be found on the ocean, where families throughout the town own boats on the water. It’s a charming town that many might recognise for being the setting in the 1988 movie Mystic Pizza. The town also offers tourists the chance to see both the Mystic Seaport and the Mystic Aquarium, each of which providing a full day’s worth of things to see.

This classic getaway in New England is the largest town on the list, but it’s also one of the best in the USA, with a long and fascinating nautical history. The American Cup Hall of Fame can be found in Bristol, which is also home to the oldest Fourth of July celebrations anywhere in the country. Its patriotism can be found around the town, with traffic lines painted red, white, and blue, flags hanging from almost every building.