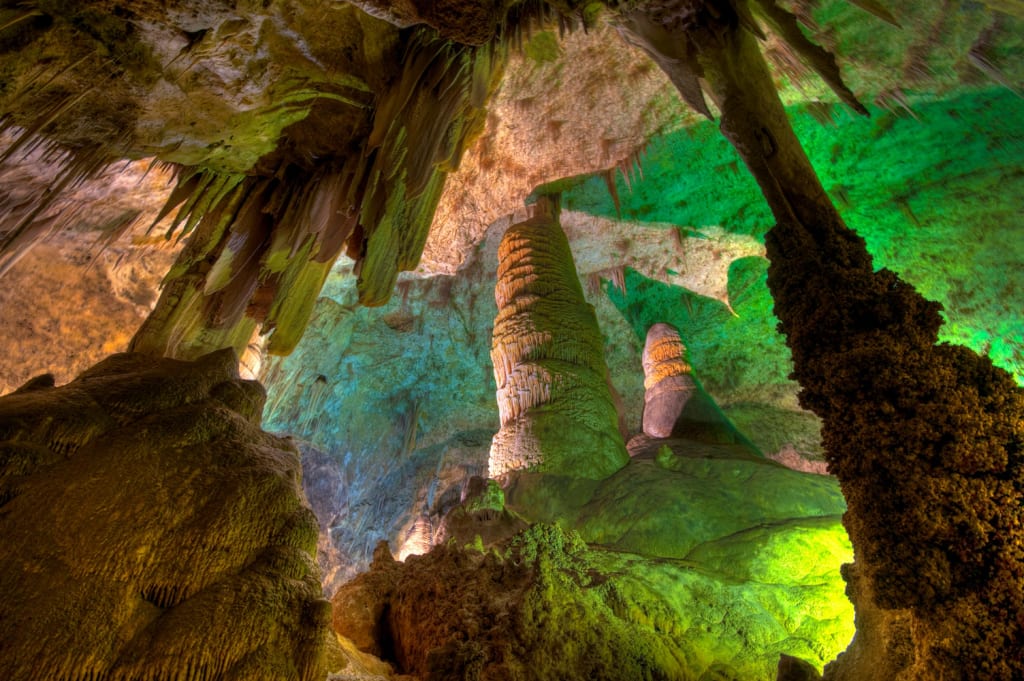 Mankind has been making use of caves since the dawn of history. Caves provide shelter from the elements and predators, and allow for a dry place to wait out the night. And while humanity has long since abandoned the caves we once called home, many of them are still worth visiting to this day, a handful of which can be found throughout the USA. In fact, many of these caves are so unique and spectacular that the US government has made them open to the public, allowing bystanders to experience some of the best underground scenery that nature has to offer.

Found in the Shenandoah Valley in Virginia, the Luray cave system is one of the most visited systems in the country, with an average visitor count of around half a million every year. It’s not the largest or most challenging to get through, but it does offer the truly unique Stalacpipe Organ, which is the biggest natural musical instrument in the world, and relies on rubber mallets that play sound through the system. The sound that is produced through the system is hauntingly beautiful, and makes the Luray system the only one of its kind.

Often heralded as housing one of the best cave systems in the entire world, Mammoth National Park is a must for anyone that has a love for ancient cave systems that have been visited for thousands of years. Found in the state of Kentucky, the Mammoth Cave is the longest cave system in the world, and has been declared a UNESCO World Heritage Site thanks to its complexity, length, and history. The system offers a variety of self-guided tours, although most suggest making use of the paid tours, where guides can offer a wealth of fascinating information on the caves and the many secrets that they hold. It’s also located in one of the country’s most popular states, offering plenty to do, from the Appalachian mountain trails to relaxing at a hotel.

Moaning Cavern is the ultimate destination for any lovers of rock climbing. The cave is a huge vertical chamber that’s officially the largest of its kind in California. It’s so large that it would be possible to fit the entire Statue of Liberty within it. Visitors will often rappel all the way to the bottom, although it’s also possible to get to the bottom through the use of a spiralling staircase. The cave offers a two and a half hour tour throughout the cavern, where they show off many of the Moaning Cavern’s wonders, such as the Meat Grinder, Pancake Squeeze, and the Birth Canal. It’s also home to some of the oldest Native American remains in the country.

The Carlsbad Caverns can be found underneath the Chihuahuan Desert in New Mexico, and this 250 million year old system offers more than 300 caves to explore. The Big Room is the most-visited part of the system, but the main attraction of this system is the Bat Flight Program that takes place once a year. Here, visitors can watch over 400,000 bats flying back and forth from the system every evening.